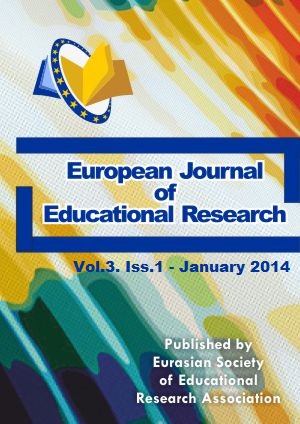 We aimed to determine any factors like as smoking, being regular activity affect dietary glycemic index in university students. This study was carried out at Gazi University, Ankara, Turkey. The participants were 577 randomly selected Turkish healthy female university students aged 17-32 years. The survey included a questionnaire that assessed demographic, 3-day self-reported nutrient intake. The dietary intake was based on the of the recipients. The 3 days included 1 weekend day and the previous or next 2 days. A weighted GI was designed to the diet of the participants with the use of values from the 2002 international table of GI values. BMI was calculated from measurements of height and weight. The differences between living area (house or dormitory)/regular physical activity (do or not)/smoking/nutrition education and mean dietary glycemic index was determined by Independent Sample t-Test. Dietary glycemic index was found high (>70) in 98.4% of participants. Mean dietary glycemic index was found 85.1±6.80 and it was significantly (p<0.05) differences between participants staying house or dormitory, doing physical activity or not, smoking or not and educated on nutrition or not. Participant’s who are smoking, staying dormitory and no educated about nutrition dietary glycemix index was found high than who are not smoking, staying house, doing regular physical activity and educated on nutrition.

This study focuses on the need to utilize more than one teaching method and technique in education rather than focusing on a single teaching method. By using the pre-test post-test and control group semi-experimental researchmodel, this study examined the effects of the web-assisted education method supported by six thinking hats technique on student achievement, on students’ attitudes towards science and their attitudes towards the use of computers in science classes. The working group of the study was composed of 7th graders in a state secondary school in the 2013-2014 academic year. A working group consists of two randomly selected classes assigned as the experimental and control groups. The working group comprised of 50 students with 25 experimental and 25 control group students. Paired samples t-test, independent samples t-test and ANOVA techniques were used in analyzing the data collected via data collection tools to compare the experimental and control groups. The results showed that web-assisted education materials prepared with the use of the six thinking hats technique increased student attitudes towards science and computers. Students’ attitudes towards computers were similar based on the variables of owning a computer and gender. Paternal education levels had no significant effects on student attitudes towards computers and their academic achievement.

Pre-Vocational Education in Seven European Countries: A Comparison of Curricular Embedding and Implementation in Schools

This paper presents a comparative research project on pre-vocational education in lower secondary schools in seven European countries. The primary aim of the study was to better understand how the formal pre-vocational education curriculum is interpreted and shaped by individual teachers. The countries covered are Austria, Germany, Hungary, Latvia, Poland, Portugal and Scotland. Two research methods have been used. First, a content analysis of the relevant curricula was carried out, focussing on how, and to what extent, pre-vocational education competencies are embedded in the official curriculum in the seven countries covered by the study. Second, 75 teachers took part in qualitative expert interviews about their implementation of the relevant curriculum. This research builds upon previous studies in education and employment and in particular, on a theoretical framework that explores the differences between the ‘prescribed’ curriculum and the ‘enacted’ curriculum. This study will argue that, although it is possible to identify a distinct pre-vocational curriculum within each region in the seven countries, this curriculum is, in practice, taught very differently within the schools and that the differences in curriculum implementation can be explained, amongst other factors, by the availability of resources and the initial and further training of teachers.

Field Dependency and Performance in Mathematics

This study aims to explore the concept of field dependency which may offer a way forward in reducing the cognitive demands of finite working memory capacity, thus enabling higher performance to be attained. Age and gender were considered. With a sample of 120 secondary school students, the importance of working memory in relation to mathematics performance was confirmed (r = 0.55 ). The extent of field dependency was measured with a larger sample of 547, drawn from five age groups. The outcomes were related to the performance in mathematics examinations, a correlation of 0.32 being obtained overall, with every age group showing positive significant correlations. In this, the more field independent perform much better. The outcomes are interpreted in terms of the increased efficiency in the use of finite working memory capacity resources. It was found that students become more field independent with age but the rate of growth of independence declines with age. Girls tended to be slightly more field-independent than boys, perhaps reflecting maturity or their greater commitment during their years of adolescence. The findings are interpreted in terms of the way the brain processes information and the implications for mathematics education are discussed briefly.