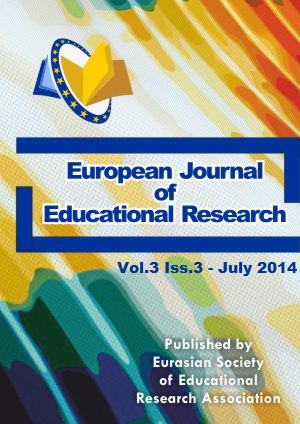 The major purpose of the study was to investigate factors which contribute to the decline in students’ academic performance in junior secondary schools in Botswana since 2010. The study was mainly quantitative and used the positivist inquiry paradigm. The study employed critical theory for its theoretical framework. Questionnaires were used to gather data from two hundred participants. Some documents were analyzed to supplement the information collected through the questionnaire. Data were analysed using the computer package known as Statistical Package for the Social Sciences (SPSS) version 15. The findings of the study showed that there were several factors that can contribute toward students’ low academic performance ranging from low staff morale to students unpreparedness for the examinations. The study, therefore, recommends that high teacher’s morale, availability of resources and parental involvement are critical for the attainment of high quality education in Botswana secondary schools. Furthermore, the findings of the study have implications for research and practice.

The Measurement of Motivation with Science Student

Ways of assessing motivation are considered and the typical use of questionnaire approaches is criticized heavily. These can measure what a person perceives but the perceptions may or may not correspond to reality. Indeed, the entire mathematical basis of data handling with questionnaires is questioned. A typical questionnaire is then used with a large sample of 600 1st and 2nd year science intermediate students, drawn from the province of the Punjab in Pakistan and the data obtained examined statistically. Correlations between the responses patterns in all 30 Likert-type questions were examined using Kendall’s tau-b while Principal Components Analysis, using varimax rotation, looked at the questionnaire overall as well as sub-groups of questions. Correlation values were found to be very low, suggesting no factor structure and, indeed, the factor analysis showed that there is no factor structure with the questionnaire used with this large population. Chi-Square, as a ‘contingency test’, was applied to compare the distributions of responses, gender separated. Gender differences were found only in a minority of questions. It is argued that motivation is highly multi-variate and that no simple factor structure is to be expected. It is also argued that, with ordinal data, following no prescribed pattern of distribution, only non-parametric statistics are appropriate. The traditional approaches are statistically incorrect and, as a result, will often miss key insights.

This study examines the effect of project based learning on 8th grade students’ statistical literacy levels. A performance test was developed for this aim. Quasi-experimental research model was used in this article. In this context, the statistics were taught with traditional method in the control group and it was taught using project based learning in the intervention group. Statistics was given for four weeks according to pro ject based learning at intervention group. The performance test was applied to total 70 students as pre and post-test. Participants are from two different classes of a middle school in Trabzon. The data were analysed using Rasch (1980) measurement techniques. This measurement allowed both students’ performance and item difficulties to be measured using the same metric and placed on the same scale. All raw scores converted linear score in order to obtain equal interval scale. Acquired linear scores were compared. In the analysis of gained datum covariance analysis are used. According to gained results in pre-processing application there isn’t substantial difference between the achievements of intervention group and control group; but after processing between the achievements of intervention group and control group there is a substantial difference statistically in favor of intervention group. The results of the study revealed that the project based learning increased students’ statistical literacy levels in the intervention group.